Rolling With the Punches: 3 Ways the Independent Pizzeria Can Stay Competitive 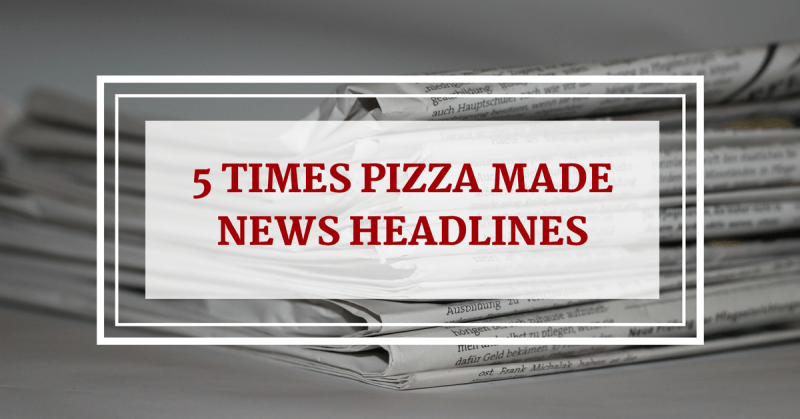 In February 2017, Icelandic President Gudni Johannesson became the man that launched a thousand memes. He joked that pizza with pineapple should be illegal and sparked a yes/no pop culture debate that was fought with Yanni/Laurel-level passion. It was all in good fun, but you’re best off checking where your guests’ allegiances lie before you prepare for your next pizza party…

In early 2018, police in Dortmund, Germany investigated a curious case of ‘pizza stalking’. Lawyer Guido Grolle reported that someone was flooding his offices with pizzas that he hadn’t ordered. By the time he approached law enforcement, he’d already received over 100 pizzas, and his tormentor had begun to diversify into Greek food and sausage orders.

In April, LA pizzeria Big Mama’s began selling the world’s largest commercially-available and delivered pizza. Rolling out 28 pounds of dough, slathering on 5 pounds of marinara, sprinkling on another 5 pounds of mozzarella, and topping that off with 3 pounds of sliced pepperoni, the whole affair takes two men, a gargantuan 54” x 54” pizza box and a customized Smart car to execute. Check them out at BigMamasPizza.com

This year Dominos became the first pizza service to deliver to ‘non-addresses’. Using an online location network called ‘hotspots’, the chain will deliver to beaches, landmarks and parks. Chief digital officer Dennis Maloney says, “It’s not necessarily a brand-new technology. It’s the application of technology in a new way.” Pizza fans will undoubtedly say, “Bring it! Literally, please bring it, to this park bench.”

5. Most Expensive Pizza Ever Ordered

On 23 May 2018, the crypto community unofficially celebrated Pizza Day. It was on this day 10 years ago that developer Laszlo Hanyecz became the first person to purchase anything tangible with bitcoin. He exchanged 10 000 of the digital currency for two pepperoni pizzas. The staggering rise in bitcoin’s value since then meant that he forked over $82 million for a take-out order that was worth around $25!

Did you find this interesting?
Subscribe to “A Slice of Life”, for more great tips and recipes. We promise to only send you useful and interesting information!

Belforno Wood-Fired Ovens
We are a manufacturer of authentic wood-fired, gas and dual fuel ovens that we deliver to your home in a ready-to-assemble kit. Belforno ovens are designed in the Italian tradition using only the finest refractory ceramic materials to hold heat for long periods of time and provide superior cooking results. Contact us for more information.